I'm mega sorry for not posting anything in such a long time!!!
I've been extremely busy with cheerleading, school, and extracurricular activities!  I'm sorry!
But cheerleading is over now, so I'll have a lot more free time to get back to reading books, interviewing people, and reviewing tons of things!
So look forward to tons of new posts in the future!
Thanks so much for your understanding.
Tasha Nicole
Posted by Tasha Nicole at 2/22/2012 04:31:00 PM No comments: 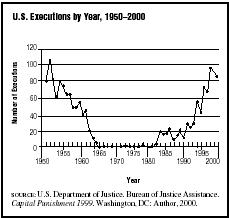 The oldest form of punishment is the death penalty. Sometimes, it is completely necessary for people to die because of their actions. In the United States of America, the death penalty had been used since colonial times. Forms of carrying out the death penalty in the USA are lethal injection, electrocution, lethal gas, hanging, and firing squad. Lethal injection and the electric chair are the most common. Since 1976 over 900 executions have been applied in the United States. Capital punishment has been proven to deter crime. Because of this, it should be applied and supported.
Capital punishment should be supported for many reasons. One reason is the Capital Punishment prevents murderers from killing more innocent people. Of released murderers in Oregon, five percent killed more people within five years of being released (Carmical). Each time a murderer is put to death, 3-18 victims lives are spared (Muhlhausen). something that saves lives should be supported. Another reason people should be for Capital Punishment is that we, the taxpayers, pay to keep prisoners alive when the receive the life sentence instead of the death penalty. We pay for their cable, food, schooling, physical activity, and any other extracurricular activities they choose to make use of while they are in jail (Carmical). Tax dollars pay for those expensive, yet free to the prisoners, activities the jails provide, and that is not right. How would you feel if your loved on was murdered and you had to pay all your money keeping the killer alive?
Some people would certainly try to say that Capital Punishment is wrong, but they can easily be disproved. Some might try to say that the state doesn't have the right to kill someone. "The death penalty is the premeditated and cold blooded killing by the state" (Amnesty International). Before the death penalty is even thought about, the criminal is given a fair trial and a jury of 12 individual people must decide beyond a reasonable doubt that the defendant is guilty. Besides, the death penalty was supported by the framers of the constitution, and is allowed to be imposed in the Fifth Amendment (Carmical). Others might argue that the death penalty is not applied fairly. Poor people and African Americans are believed to receive this penalty more than the rich and white people (Carmical). This is not a strong argument against the death penalty, but more so against the justice system and how it is applied. Another wrong-being of this statement is that if it were to be applied fairly, it would be okay to do and use. Even opposers to Capital Punishment  can be supportive of it.
I feel that we should all support and/or encourage the death penalty, since it is proven to deter murder. I also strongly recommend that states who have banned Capital Punishment reconsider their decision and lift the ban. People should be for the death penalty because it saves lives. since it saves lives, why not support it?
Posted by Tasha Nicole at 2/04/2012 07:13:00 PM 13 comments: