http://creativeprosepublishing.blogspot.com/" target="_blank">Creative Prose Publishing
launched their imprint this year dedicated to representing all genres of clean fiction from middle grade through adult.

One of their first offerings is the paranormal romance http://www.amazon.com/A-Souls-Kiss-Debra-Chapoton-ebook/dp/B00IZO6EAS/" target="_blank">A SOUL'S KISS
by Debra Chapoton. Chapoton is a best-selling international author.

When a tragic accident leaves Jessica comatose, her spirit  escapes her body. Navigating a supernatural realm is tough, but being half dead has its advantages.
Like getting into people’s thoughts.

Like experiencing romance on a whole new plane - literally.

Jessica learns an amazing truth as she struggles to return to her body before the doctors pull the plug, only she can’t do it alone. Now the only two people willing to help Jessica’s splintered soul are the two she’s hurt the most. They must find a way to guide her soul back to her body ... before it’s too late.

“Very intriguing. With elements of friendship, romance, and the supernatural, A Soul’s Kiss is a fun novel with a good message and perfect for fans of Gayle Forman’s If I Stay.”
~Paola Benevides, http://dontfoldthepage.blogspot.com/" style="color: #a64d79; text-decoration: none;">Don’t Fold the Page

“A unique novel filled with engaging characters that captivate our heart as well as the imagination. An emotional ride loaded with intrigue, secrets, romance, and the paranormal that hooks the reader till the very last page.”
~Mandy Sickle, http://www.thereadingdiaries.com/" style="color: #a64d79; text-decoration: none;">The Reading Diaries

"A Soul's Kiss is a compelling story of a group of teenagers struggling to find their place in the world. It's a fresh reminder that what we think we want isn't always what we need and that sometimes what we need was right in front of us all along."
~Ashley Gafford, http://www.wholly-books.com/" style="color: #a64d79; text-decoration: none;">Wholly Books!


The guy with the light played the beam over his embarrassed lackey, then turned it back onto Broussard. “You’re not an easy mark, I’ll say that for you, old man. And I’ve enjoyed your performance. But now it’s time you were dead…”
Posted by Tasha Nicole at 4/29/2014 03:30:00 PM No comments: 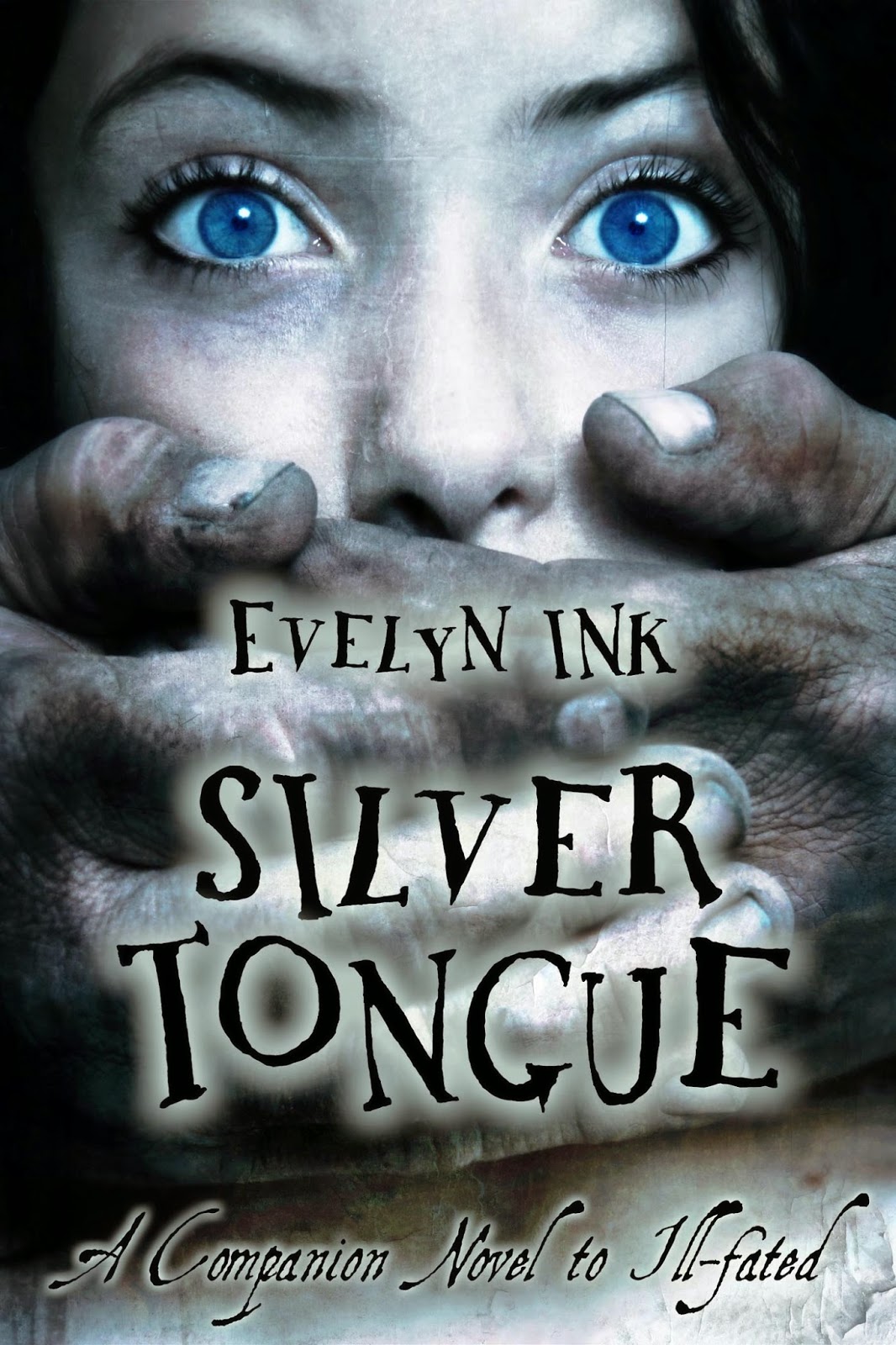 Silver Tongue by Evelyn ink is an adventure in steam punk and myths. Airships and mechanical carriages mixed with anicent legends make this an exciting read.

Belin Vaulatrix is an earl's daughter betrolled to the king's son. Great, huh? Not for Belin. She'd rather run away than marry the prince. He's spoiled, boring and pudgy. Unfortunately Belin's plan to escape disguised as her maid backfires when she is kidnapped by a band of "hired knives." Apparently someone has been kidnapping servants and orphan children all over the land of Shalendorf. Belin picked the wrong disguise and finds herself herded underground into hundreds-of-years-old mines to dig for scrap lunas, a form a currency. But there aren't enough lunas to be worth anything. Belin suspects something is not right and she's determined to find out what. But she must keep her identity secret to do so.

I really enjoy Evelyn Ink's writing style. She brings you into a world that she knows well and expertly navigates you through a worthwhile adventure. The characters are relatable and entertaining. The setting in this companion novel to Ill-fated brought the story to life. The Grendel mines where Belin finds herself is full of rich history, mystery and breathtaking beauty. The description of the Grendel's artistry and architecture was well done. I wouldn't mind reading stories about the Grendels as well.

The pacing slowed for just a bit right after the kidnapping, but quickly returned and kept the adrenaline going through the end. The only thing that threw me off a little was the concept of Belin being "silver tongued." There is little actual conversation where she uses this gift. Most of the time it just says that she was able to persuade and calm or convince someone without actually showing her doing this. Other than that, I think it is a great read. I wasn't even disappointed about not seeing Leila and Sam again. Although I wouldn't mind reading more of their adventures, Belin and her friends led me on a good adventure as well. I enjoyed reading about the land of Shalendorf. I highly recommend Silver Tongue for fans of Evelyn Ink, steam punk and adventure.