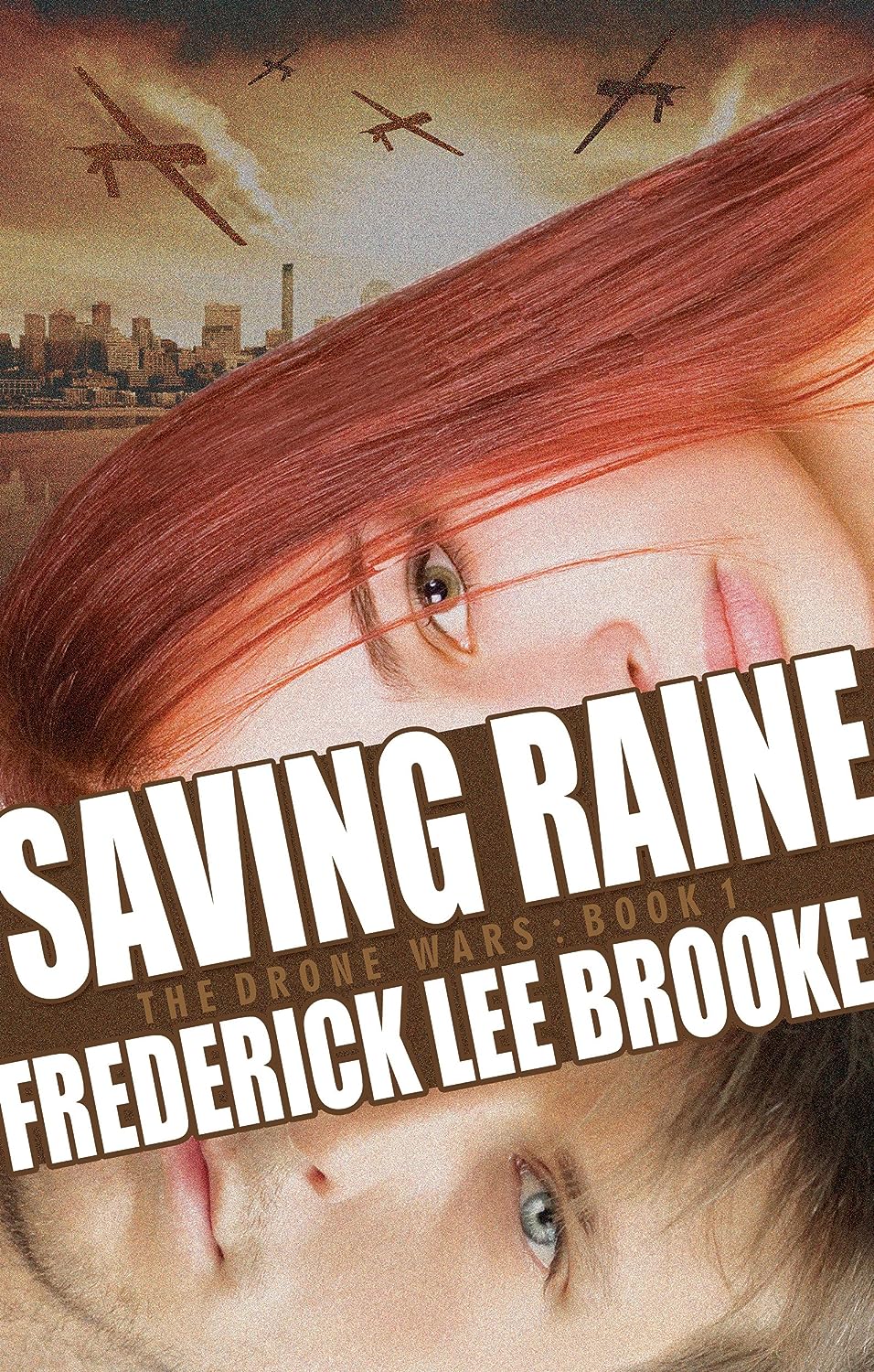 Frederick Lee Brooke launched the Annie Ogden Mystery Series in 2011 with Doing Max Vinyl and following with Zombie Candy in 2012, a book that is neither about zombies nor sweets. The third mystery in the series, Collateral Damage, appeared in 2013. The first book in Fred's entirely new series is due in November 2013.
A resident of Switzerland for the last 20 years, Fred has worked as a teacher, language school manager and school owner. He has three boys and two cats and recently had to learn how to operate both washing machine and dryer.
When not writing or doing the washing, Fred can be found walking along the banks of the Rhine River, sitting in a local cafe, or visiting all the local pubs in search of his lost umbrella.

Summary: (Amazon)"Matt, Raine went to California because her parents thought it was safe. It’s not. You’ve got to get her out as soon as possible. She could die, Matt." When 19-year-old Matt Carney gets a cryptic message from his father telling him to go to California and save his girlfriend, Raine, he doesn't hesitate—he grabs his AK-47, revs up his blue pickup, and gets ready to make the 2,300-mile roadtrip. But cross-country travel in 2021 isn't easy—or, sometimes, even possible. The U.S. has become a near-military state: 17,000 checkpoints severely restrict interstate movement, Predator drones target innocent civilians without cause, and explosions rock cities daily. Matt and his stepbrother, Benjy, face deadly attacks from a corrupt government, ruthless local law enforcement, and bloodthirsty terrorist groups as they embark on their trek. They're about to find out that their trip is much more than a private journey, and their success could change the face of the country—forever. Can Matt and Benjy outrun the drone missiles raining down on their heads? Can they avoid assassination by government officials hell-bent on taking over what little is left of the country? Can they outsmart the deadly schemes set in motion against them? Break the rules. Save the girl. He only gets one chance before she's gone forever.
I'd Recommend to:High School / Young Adult
My Rating:3.5/5
My Thoughts:
For starters: This book has several plots going on at once. I understand the reasoning for about 3 of them (Matt obviously, President Jeffers/Amanda Jeffers, and the ex-convicts) but I don't understand the need for the other ones, such as the hog farmers or Claire. I know they are already partially connected to the others and that they will be more intertwined in the following books in the series but I just don't feel they were necessary for this book. It's not good to confuse the readers too much in the first book of the series. Now before I deeply confuse you all, let me give you the basics about the plot.
Matt lives with his evil stepmom and his dad. When his dad "gets arrested" and Matt can't handle it anymore he decides to leave. He finds a video from his dad saying to get his girlfriend out of California so that's where he heads, with his stepbrother, Benji. As Matt makes his away across the country from Chicago, things happen. After all the country is in the middle of a sort of civil war. The journey is long and difficult with many deaths involved. To find out if Matt ever makes it to save Raine, read the book!
I did like the ending. I won't tell you what happens so I don't spoil it but it was a very nice ending - nice not being like "awe that's sweet", but more like "it can end there and I'm okay with it". If readers want to read the next book they can and if they don't one problem in the war is solved. It doesn't leave you needing more, but you certainly might want more.
So, yeah.
Posted by Tasha Nicole at 5/15/2014 02:00:00 PM