Child of the Loch Book Review 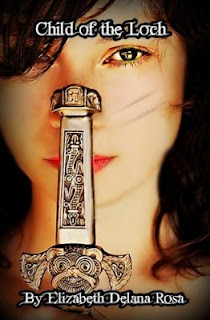 Child of the Loch by Elizabeth Delana Rosa is about J.J. McDonnell who on her twenty-fourth birthday discovers that she is the heir to the Loch throne; and that she must take her throne immediately to save the people and the land from destruction. The story follows J.J. as she forms alliances and makes enemies on her way to the throne.

The only way for me to describe this book is Lord of the Rings on fast forward. I have “watched” movies by fast forwarding until I see something interesting and then pushing play for a few minutes and then fast forwarding again, watching a three-hour movie in like thirty minutes. That is how I felt reading Child of the Loch. I wasn’t going to give a rating at first because I felt it was not complete.

There is very little dialog and a lot of “telling” without enough “showing.” It is in first person so it reads much like a diary. There are moments of greatly crafted description, but they're few. I did not feel invested in the heroine J.J. and I sometimes forgot her name because no one says it due to there being hardly any quoted dialog. I also don’t get to know the other characters whose personalities would usually come through dialog. I get a vague idea of the characters from some of the actions that J.J. describes but of course it’s subjective. She can’t really tell the reader what that other character is thinking and feeling. I can't care about them that much because I don't know them. I was confused for a short time because I mixed up Selorn and Sean. As it reads, the two do not have any unique attributes to separate them in my mind.

I did like the parts that had dialog and seemed to take time to expand on the scenes. I liked J.J.’s connection to Sanandra the dragon. (I liked the dragon’s name too.) I was moved by the part when they mourned Sanandra’s child. I also liked the marriage advice given. Favorite line: “If you can not take the next breath without thinking of him as part of your future, then you must bond.” At this time, family secrets are revealed. This story has more intertwined lives than a soap opera. This bit of drama does give it a twist. These brief moments pull the reader in to see the characters. I wish the entire book was more like that.

The climax provides a surprising turn of events for the villain. I thought it fitting. I read another review that pointed out that this is a good read for someone who wants the magic and mystically wonderful world of nymphs, elves and dragons without all the added weight of heavy dialog and description. I agree. So I think I can give this book a rating based on how I felt reading it. My personal preference would’ve been for more dialog and getting to know the characters through them. But the story is creative and has some good fantasy elements. So it is a good option for readers wanting the adventure at a good pace without too much clogging it up. Great cover.