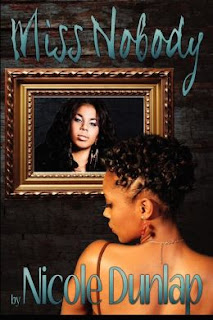 Miss Nobody: Book One of The Shaw Family Saga by Nicole Dunlap is the expertly woven tale of Charlene Shaw and her daughter Raven Shaw. Fifteen-year-old Charlene has dreams of becoming a famous actress. After having her heart broken by her true love and not having a good home life, she decides to run away from Bellwood, North Carolina headed for Hollywood. Unfortunately, she accepts a ride from a truck driver who sexually assaults her and leaves her for dead. A little over a year later her parents finally hear of Charlene’s fate and go to an Iowa orphanage to retrieve her. However, Charlene has left for L.A. to pursue her acting and in her place is a blue-eyed baby girl named Raven. The Shaws take their granddaughter home to Bellwood and so begins the intertwining stories of Charlene and Raven Shaw.

I really liked the story. The emotions are believable and I like that the author expertly keeps the characters separate but connected. Charlene and Raven both have their own distinctive voices as the reader follows them both over an eighteen year period. I also appreciate getting to know Damien and Jon, their respective love interests, by getting into their heads a little. I believe Charlene's trauma from her encounter with the truck driver and I’m satisfied that it encompasses a fear of freeways as well as men. Her love/hate roller coaster emotions with her faith are believable and well played as well.

There are minor questions I have about Charlene spending over 14 years trying to become an actress without trying to improve herself in other ways. But I haven’t been that obsessed with anything so I can’t relate on that note. I also thought that Charlene and her ties to Bellwood over the years is a little orchestrated. The pattern of assault in the Shaw family does seem a bit overdone too.

There are endearing moments in between Charlene and Damien as well as Raven and Jon. Their lives, although filled with much drama, do get reprieves. I like Raven's strong character being a stark contrast to her mom. Charlene doesn't have the strength Raven does which eventually pits them against one another. Can they reconcile? The secondary characters are entertaining and useful. I enjoyed Ms. Jenkins. She is funny and familiar. Elise is a perfect “Ice Queen” and plays her part to the last.

The dialog is smooth, believable and interesting. The setting is well chosen and skillfully used. The description and use of plot devices, especially Raven’s blue eyes, make this a rich story. Speaking of rich, I was impressed by the dynamics of wealth in the small town of Bellwood and how it plays a major role in the fate of many characters. I liked the presentation of facts that created suspense and foreshadowed much throughout the plot. It was like a puzzle except more than one piece could fit.

Miss Nobody has great drama worthy of its own miniseries. If you like the drama and shock factor of daytime soap operas and now some of the prime time dramas, Miss Nobody is for you.