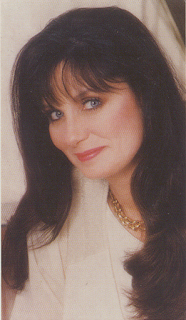 Catherine Lanigan is the bestselling author of nearly thirty-five published titles in both fiction and non-fiction, including the novelizations of Romancing the Stone and The Jewel of the Nile, as well as over half a dozen anthologies, including “Chicken Soup for the Soul: Living your Dream”, “Chicken Soup for the Writer’s Soul”, “Chocolate for a Woman’s Heart”, Chocolate for a Woman’s Spirit”.  Ms. Lanigan’s novels have been translated into over a dozen languages including German, French, Italian, Spanish, Russian, Portuguese, Chinese, and Japanese.  Ms. Lanigan’s novels are also available on audio-cassette, CD and in E-books on Amazon.com and Barnes and Noble.com.  Several of her titles have been chosen for The Literary Guild and Doubleday Book Clubs.  Her Vietnam war-based  novel, The Christmas Star,  won the Gold Medal Award Top Pick from Romantic Times Magazine  and has also won Book of the Year Romance Gold Award from ForeWord Magazine as well as Book of the Year Romance from Reader’s Preference.  Divine Nudges: Tales of Angelic Intervention and the second in Lanigan’s Angel Watch series of books, was published by HCI.  Allworth Press released Lanigan’s  “how-to” book on writing: Writing the Great American Romance Novel.  Lanigan recently completed NotMYkid, a non-fiction regarding teen addictions, which was commissioned by the NotMYkid foundation.  Lanigan has completed the third book of angelic interventions, Angel Tales, which is being published by Cedar Fort, Inc.  In addition, Cedar Fort will publish the next two books in Lanigan’s angel series, Angel Dreams and Angel Miracles.   Ms. Lanigan is working on a three-book series of Young Adult adventure novels, The Adventures of Lillie and Zane: The Golden Flute to be published by Cedar Fort, Inc. as well.
Ms. Lanigan is a frequent speaker at literary functions and book conventions as well as inspiring audiences with her real stories of angelic intervention from her Angel Tales series of books. She is an outspoken advocate for domestic violence and abuse and was honored by The National Domestic Violence Hotline in Washington, D.C.  She has been a guest on numerous radio programs including “Coast to Coast” and on television interview and talk show programs such as “Montel.  Catherine’s email is cdlanigan@aol.com . Visit her at www.catherinelanigan.com, on Facebook and Twitter.
BLOG TOUR
http://bookabsorption.blogspot.com
What inspired you to want to become a writer?
A.      I wanted to be a writer ever since I read my first Brenda Starr comic strip when I was about six.
Any other books in the works or upcoming awesomeness?
A.      The Adventures of Lilli and Zane is a three book series.  The second book is titled “The Hunt for the  Olismocchi Treasure.  The third is “The Mysterious Myth of Giza”.  I hope to write twelve books in the series (or more) and end with the three kids going into outer space.
What is the ONE book everyone should read?
A.       Lillie and Zane are young adult genre, but if you are talking about my entire list of over forty books, it would be WINGS OF DESTINY.  Out of print….but you never can tell what the future will bring!
Favorite Quote?
A.      Never give in, never give in, never, never, never, never - in nothing great or small, large or petty - never give in except to convictions of honour and good sense.  Winston Churchill.
What’s the best advice you have ever received?
A.       Tell your loved ones every day, ten times a day, that you love them.
If you could have any super power what would you choose?
A.      Flying.
What is your favorite movie?
A.      Romancing the Stone
What is your favorite cartoon character?
A.       Cinderella or Jac the mouse in Cinderella
What would you consider your style?
A.       Jeans, diamonds and jeweled flip flops, which are as close to barefoot as I can get.
What is something about yourself that you consider unique or just plain weird?
A.       I talk to angels.  And dead people. 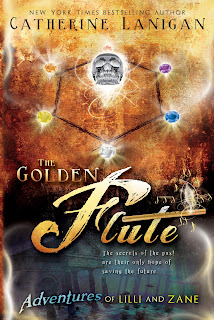 About Her Book:
Teen treasure hunters, Lilli Mitchell, Zane McAllister and his techno-wizard, younger brother, Teddy, are coming into awareness of their incredible PSI powers as they comb Europe searching for seven ancient enormous jewels.  Powerful artifacts that will help them battle the evil and dangerous Bishop Carrington, a human monster who is determined to raise the lost continent of Atlantis from the blackest depths of the ocean. A devastating act which will destroy most of the surface of the earth.
Posted by Tasha Nicole at 5/24/2012 01:32:00 AM